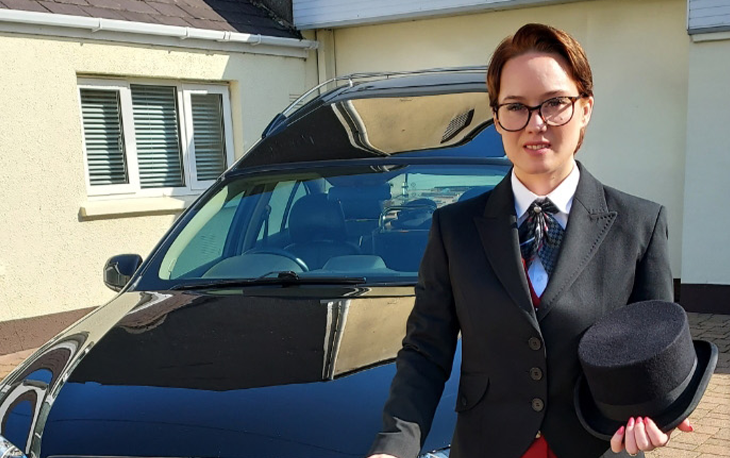 Funeral Partners is proud to have appointed one of the first female funeral directors in the Armagh City, Banbridge and Craigavon Borough.

Lisa Davidson joined the funeral industry after working in the care sector for a number of years, during which time she came across several funeral directors and grew familiar with their services.

She said: “I’ve always had an interest in the industry and a passion for care, so I decided to apply for a Funeral Arranger position when one came up in Dungannon in 2018.

“I work extremely hard to provide the highest standard of care and attention to detail, and I never take for granted the trust that families place in me.”

Lisa’s hard work paid off when she transferred to Joseph Poots & Son Funeral Directors, Portadown, three years later and was promoted to Funeral Director for the funeral home.

She said: “I’ve had the pleasure of working alongside our embalmer Nigel Lutton and Funeral Service Operatives Cyril McConnell and Marshall Murray, who bring a wide range of skills to the team and ensure every family gets a tailored experience.

“The Portadown community has also been very welcoming, with many women appreciating having a female funeral director nearby to support them.”

Lisa looks forward to continuing to promote the role of women in the funeral industry as she leads the team at Joseph Poots & Son. She said: “I am delighted to be able to add a feminine touch to a traditionally male role, and I hope my new appointment will encourage other women to enter the industry and aim high.”

Anyone interested in a career at Funeral Partners Northern Ireland can visit www.funeralpartners.co.uk/jobs to see the latest vacancies.