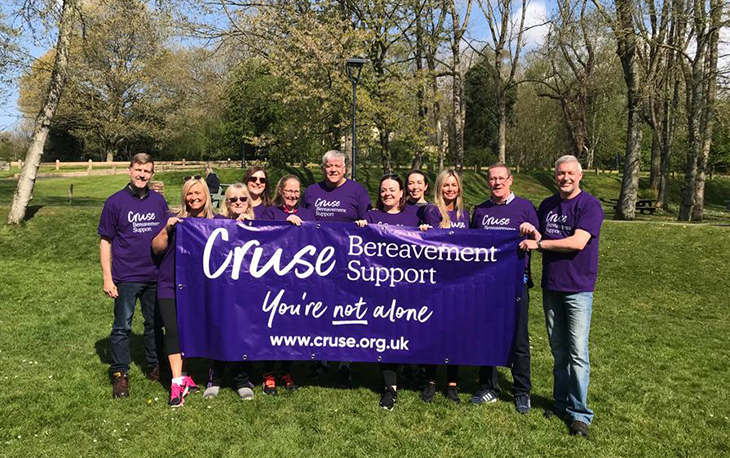 Our Funeral Directors from the Ulster area joined colleagues from funeral homes across Northern Ireland to complete a 10 Km sponsored walk for Cruse Bereavement Support (NI).

Wayne Glenn, Branch Manager at the Joseph Poots & Son Funeral Directors in Portadown and the Adair and Neely Funeral Directors in Londonderry, was part of the team who raised over £3,000 for the charity. He said: “We wanted to get together with colleagues in a different environment to raise money for a worthy cause and decided that an enjoyable way to do it was by tackling a 10 Km sponsored walk.

“The weather was on our side and the route took us around the beautiful Roe Valley Country Park in Limavady, taking in the great scenery with a mix of some off-road walking and a challenging climb. I’m pleased that we all completed the walk and had a great day, raising lots of money along the way.”

Wayne added: “We wanted to raise money for Cruse (NI) as we knew that all the money, we raised would be spent on bereavement services in our local community. We hope that the money from the walk will fund more bereavement volunteers to provide support to people whose loved ones we have arranged funerals for.”

Elaine Brannigan, Community Fundraising and Engagement Manager for Cruse (NI) said: “Due to the effects of the pandemic, the number of people seeking our specialist bereavement support has risen dramatically. We are absolutely delighted to have the support of Funeral Partners NI and would like to thank everyone involved in raising such a fantastic amount in aid of Cruse. The money will help us to support more local bereaved people quicker.”

Be Kind this Christmas